Picking Up The Pieces

As a BIG Ten football fan from Ohio, who was stationed at Ft. Ord, California with the U.S. Army in the early 80’s, I thoroughly enjoyed watching PAC 12 football Games.  I can truly say, “That I don’t 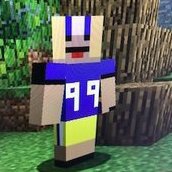 If USC and UCLA are stranded as the only west coast schools in the B1G, that is going to be a strange experience. You get the huge payout, but travel is going to be terrible and would eventually effec

This is my understanding, too.